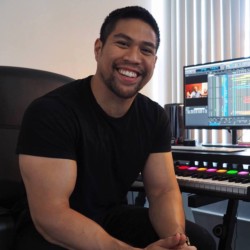 The War of the Worlds (Hybrid)

I am a musician who grew up in the musical theatre world. I began my career as an ensemble cast in many theatre productions from a small political theatre to a musical including Dreamgirls the Musical (Thailand Cast). From there, I get to learn music composition by sitting next to the musical conductor during the performance. The experience opened many more opportunities for me to continue expressing my music in a different art of storytelling such as in films, video games, and drag shows.

I am excited to collaborate with everyone. Let's make a film together!