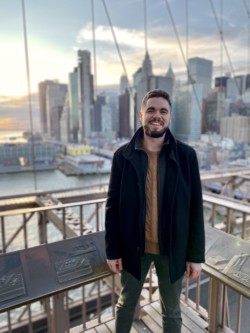 My name is Rick and I'm a composer for film, TV, and games. I'm originally from Arizona and currently write music heard in various shows on the History Channel like Ancient Aliens and The UnXplained.

Growing up, my focus was percussion; I've performed with the Flagstaff Symphony Orchestra, Dark Sky Percussion, all-state orchestras, and wind bands. I got bit by the scoring bug when I watched an interview with James Horner explaining how he produced the soundtrack for Avatar. That lead me to pursue my undergrad in film scoring at NYU where I cut my teeth on student films and documentaries.

Feel free to reach out to me via email above or on Instagram to collaborate! https://bit.ly/3kkksuO

Here are some examples of my scoring in various styles