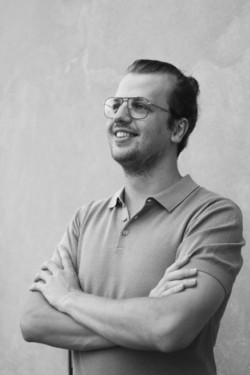 I am convinced that a good film score results from an excellent relationship between the director and the composer. It requires from the composer a perfect understanding of the intentions of the film and the vision of the director. The fact that I have been studying  different styles of music (classical, jazz, rock, pop…) since I was 5 years old allows me today to fully adapt my composition to the director's wishes.

Since my graduate study in France, I have composed for more than 50 projects (short films, video games, museum exhibitions, board games, escape games), allowing me to practice in a wide variety of styles and musical worlds. This has earned me numerous awards, including the « Best Animation Soundtrack » Garoa Award, shorlisted at the BAFTA Student Award for « Best Animation Short Movie », and even eligibility for the Academy Award Student.

Here’s a feedback from a director I worked with (Guillaume Cosenza, Trésor 2020) : « It's a real pleasure to work with Dorian, both professionally and humanly. He is a person who listens, who invests body and soul in the project. He was able to exceed our expectations and produce a piece of high quality, which does not just accompany the image but is an integral part of the film. »