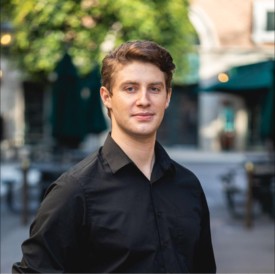 Burn Away | Epic Battle and Drama

Who Are You | Dramatic Animation

A Name I Don't Want To Forget | Intimate Animation

Michael Sutherland is a composer for film, animation, games, and other media - based in Los Angeles. Michael believes in the emotional power of music, and his ultimate goal is always to write the best music possible for a given work. Skilled in both composition and technology, Michael's music often meets at the intersection of both.

In addition to his experience with western films and visual media, Michael has been awarded a minor in Japanese Language from FSU – one of the best programs of its kind – and uses this experience to work with directors in Japan on both live action and animation projects alike.