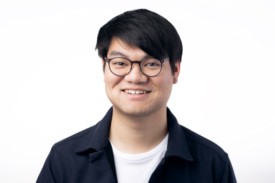 Jason Fujita is a film composer whose works have been featured on TIME and award winning films selected by the Los Angeles Film Awards, Short+Sweet Hollywood, and the Canada International Film Festival. He recently made his theatrical debut with Witness the Yellow Peril (2020), premiering at the Son of Semele Theater.

Born and raised in Honolulu, Hawaii, Jason developed a diverse background in Classical, Jazz, Electronic, Japanese, and Hawaiian music. In his spare time, he creates Electronic Dance Music under the pseudonym, “Jayfoo.” He graduated from the Berklee College of Music, double majoring in both film scoring and composition, with a minor in video game scoring. For his Graduate work, he earned a Master of Fine Arts in Composition and Experimental Sound Practices from the California Institute of the Arts. Jason now plans on furthering his education at the University of Southern California’s Screen Scoring program.