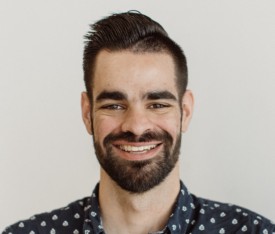 Enchantment of the Tomb

Hailing from Oklahoma City and now based in Los Angeles, Michael Wilson is a composer, producer, and arranger of various styles of music. In June 2018, Michael was awarded 3rd place in the Young Talent Award international film scoring competition at the Kraków Film Music Festival in Poland. Michael has also been busy during the last year writing for several production music companies. In 2015, Michael participated in the NYU/ASCAP Film Scoring Workshop in New York City. During his time at the workshop, he recorded his music with an orchestra comprised of NYC’s finest session musicians and learned from many experienced industry professionals such as Sean Callery (Jessica Jones, 24), Michael Levine (Cold Case), and Ira Newborn (The Naked Gun franchise). Michael holds a Bachelor's degree in Music Composition from Oklahoma Baptist University. During his undergraduate studies, he wrote and arranged for various instruments and ensembles including piano, string quartet, jazz band, and marching band. Michael also had three large works premiered during university; each performed by a full symphony orchestra. Michael is currently building his career as a media composer and would love to provide your visual experience with a musical soul.