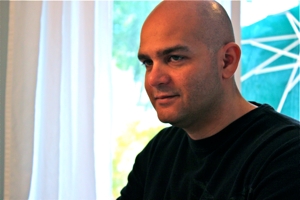 Back At The Ship (Video Game)

When God Smiles (for String Orchestra)

Alejandro Briceno is a professional composer/producer/guitarist who began his career in Venezuela, playing guitar with various local bands when he was a teenager. Throughout his profession, he acquired extensive experience playing many different styles, from Rock to Latin music.His education began at the Federico Villena School of music and the Conservatory of Music in Maracay, Venezuela; where he studied classical guitar and music theory. He also took a complete course of harmony, ear training, and improvisation with Jazz guitarist Franco Nasi.Once settled in Miami, USA, Alejandro got enrolled at the Miami Dade College, where he was doing an associate degree in Jazz & Classical Guitar, until he got transferred to the University of Miami, where he got a bachelor degree in Commercial Music Composition (Media Writing & Production). At the present time Alejandro is living in Los Angeles, California; where he is doing the SMPTV program (Scoring for Motion Pictures and Television) at the University of Southern California. Alejandro has played with many renowned artists (many of them Grammy winners); but currently, aside from composing, arranging, producing and playing for different artists and companies (Film, TV and Radio), he is the Musical Director at MDA Ministries in Los Angeles, CA. He is also one of the main guitarists for New Wine, the praise and worship band for King Jesus Ministries in Miami, Florida; the largest bilingual Christian church in the United States. He tours with the group throughout USA, South and Central America, Europe, Africa and Asia with the widely recognized Apostle Guillermo Maldonado.