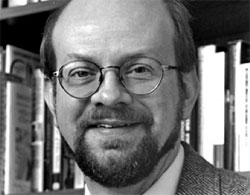 Burlingame is one of the nation’s leading writers on the subject of music for motion pictures and television. He is the author of three books: Sound and Vision: 60 Years of Motion Picture Soundtracks (a history of movie music on records including a mini-encyclopedia of film composers), TV’s Biggest Hits (the definitive history of American television scoring), and For the Record (about the union struggles of Hollywood studio musicians).

He writes regularly for both Daily Variety and The New York Times. His writings have also appeared in the Los Angeles Times, the Washington Post, Newsday, the New York Daily News; in such magazines as Premiere, Emmy and Entertainment Weekly; and online at www.filmmusicsociety.org. He has consulted with the Los Angeles Philharmonic and the National Symphony Orchestra on film-music programs and his program notes have appeared in venues ranging from New York’s Carnegie Hall to the Kennedy Center in Washington, D.C. and Disney Concert Hall in Los Angeles.

The next generation of composers needs to know where film music has been, and where it’s going, in order to create the film music of tomorrow. Burlingame—a veteran journalist and author who has covered the film-music scene for Variety, The New York Times, the Los Angeles Times, and many other publications—brings a historical perspective to the program.

Over two semesters, he showcases (via lectures and the extensive use of clips) the entire history of movie music: the classic scores of Steiner, Newman, Korngold, Waxman and Rozsa; the development of the art through the music of Herrmann, Bernstein, North and Goldsmith; the modern-day work of Williams, Horner, Barry, Zimmer, Howard and others. Additional classes on concert-hall composers working in film (Copland, Walton, Shostakovich and others), foreign composers (Morricone, Rota, Jarre, etc.), the use of songs and classical music as score, music for television, and other topics, help to illuminate the subject.